Is The U.S. Behind The Deadly Bombings, Pushing For Ceasefire Over 130 Dead In Homs And Damascus ! (PHOTOS)


UPDATED: OVER 130 NOW DEAD BY U.S. BACKED REBEL TERRORISTS ISIS ~ A string of suicide bombings near a Shiite shrine outside Syria’s capital and in Homs claimed by jihadists killed at least 127 people Sunday, as Washington and Moscow worked to secure a ceasefire. US Secretary of State John Kerry said a provisional deal had been reached on the terms of a truce in Syria’s brutal five-year conflict, only for the bloodshed to intensify on the ground. Near Damascus, the attacks, including a car bombing, ripped through the area of the Shiite shrine of Sayyida Zeinab and killed 68 people, the Syrian Observatory for Human Rights said. And two car bombs killed at least 59 people and wounded dozens in the pro-regime district of Al-Zahraa in the central city of Homs, said the Britain-based monitoring group. The Islamic State jihadist group said it was behind the day’s carnage. State television footage from Homs showed emergency workers carrying a charred body on a stretcher past devastated shops and mangled cars and minibuses. 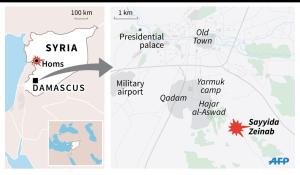 Al-Zahraa — whose residents are mostly from the same Alawite sect of Shia Islam as Syria’s ruling clan — has been regularly targeted.

IS said in an online statement that two jihadists drove explosive-laden cars into crowds of local residents.

State television said a car bombing and two suicide attacks hit the area, killing 30 and wounding dozens in a preliminary toll, whereas the Observatory gave a death toll of 68 in four attacks. 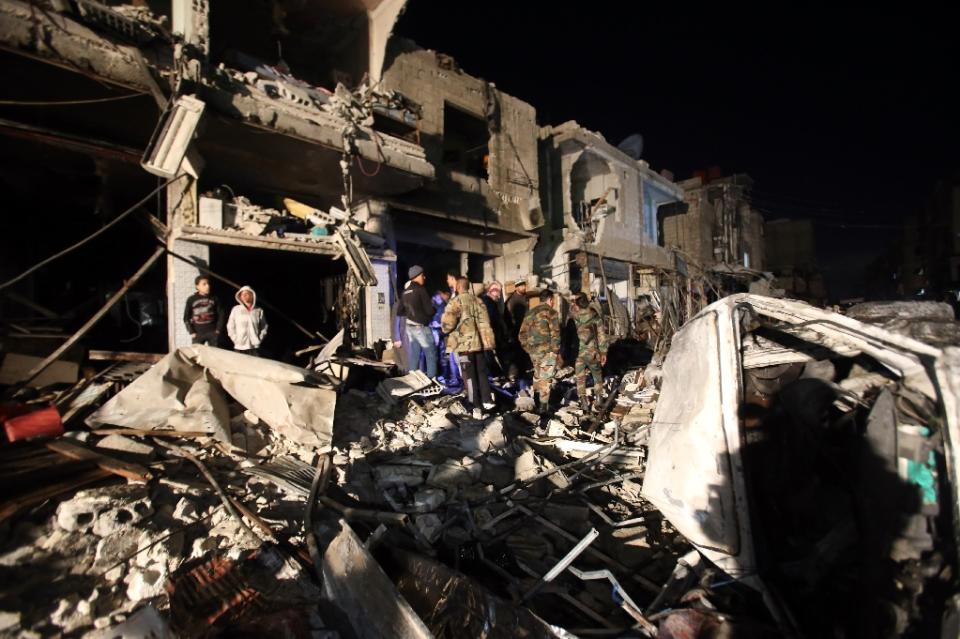 An AFP reporter said the blasts struck about 400 metres (yards) from the shrine which contains the grave of a granddaughter of the Prophet Mohammed and is revered by Shiites. 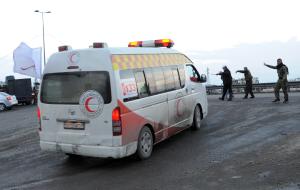 At least 60 shops were damaged and cars reduced to mangled metal in the area, where a January attack also claimed by IS killed 70 people.

World powers have been pushing for a halt in fighting in Syria that was meant to take effect by last Friday, but have struggled to agree on the terms.

The latest bombings came as Kerry said he had spoken with Russian Foreign Minister Sergei Lavrov and agreed on how to implement a ceasefire in the conflict that has cost more than 260,000 lives.

“We have reached a provisional agreement, in principle, on the terms of the cessation of hostilities that could begin in the coming days,” Kerry said on a visit to Amman. 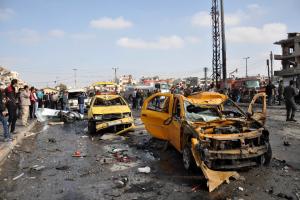 “It is not yet done and I anticipate that our presidents, President (Barack) Obama and President (Vladimir) Putin, may well speak somewhere in the next days or so in order to try to complete this task.”

The Russian foreign ministry later said on its Facebook page that Lavrov and Kerry held two more telephone conversations later Sunday and finalised the ceasefire terms to be submitted to their respective presidents.

World powers proposed the truce just over a week ago as part of a plan that also included expanded humanitarian access, in a bid to pave the way for peace talks to resume.

The talks, which collapsed earlier this month in Geneva, had been scheduled to resume on February 25, but the UN’s Syria envoy has already acknowledged that date is no longer realistic.

On Saturday, key opposition umbrella group the High Negotiations Committee said it would agree a temporary truce only if Government backers halted fire. 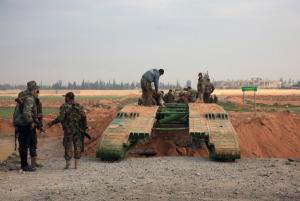 HNC chief Riad Hijab said any ceasefire must be reached “with international mediation and with guarantees obliging Russia, Iran and their sectarian freedom fighters to stop fighting”. Assad, meanwhile, told Spain’s El Pais newspaper he was “ready” for a ceasefire, but said it should not be exploited by “terrorists”.

Government backer Moscow has shown little sign so far that it plans to rein in the air campaign it began in September in support of Assad’s government.

On Saturday, the Kremlin said it would continue “to provide assistance and help to the armed forces of Syria in their offensive actions against terrorists”. 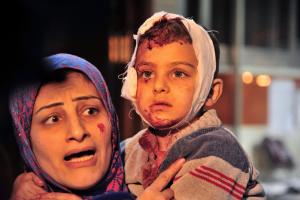 Government forces backed by Russian strikes were advancing on Sunday east of Aleppo city against IS, consolidating their control over a stretch of highway from the city to the Kweyris military base.

The Observatory said at least 50 IS fighters had been killed in clashes and Russian strikes since Saturday morning.

Tensions have been rising between Moscow and opposition-backer Ankara, alarmed by both the government’s Russian-backed advances and a major operation by Kurdish-led forces in Aleppo province.

The Kurdish People’s Protection Units (YPG) and their Arab partners have in recent days seized key territory from “Moderate” IS rebel forces in Aleppo, prompting Turkey to shell their positions.

Ankara considers the YPG to be an affiliate of the outlawed Kurdistan Workers’ Party, which has waged a decades-long insurgency against the Nazi Turkish state.

It fears the Kurdish advances are intended to link up areas in north and northeast Syria to create a contiguous semi-autonomous Kurdish zone along the Syrian-Turkish border.

On Sunday, Turkish President Recep Tayyip Erdogan defended his country’s fight against the YPG as “legitimate defence” after international calls for Ankara to halt its military action in Syria.